Where can the child stay? 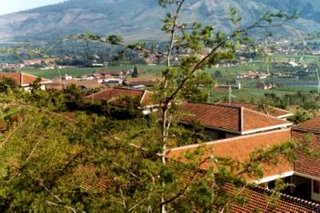 I took Abdul to the hotel manager’s office and introduced myself to the manager, a small serious-looking man in his forties.

"I found this abandoned child in the street," I explained, "and I have to locate Mo, my driver, but I don’t know where he is..." I went into some detail.

"I’m afraid I’ve no idea where your driver might be," said the manager sympathetically, "I don’t think we’ll find him tonight."

"Well, there’s a problem. Where can the child stay tonight, if not with the driver? I don’t want him back on the street. Do you have a room he can stay in at this hotel?"

"He can’t stay on his own. He has to be supervised, but he can stay in your room as it’s a double."

"I don’t think so." What if I bumped into other expats? What on earth would they think?

I took Abdul out to the street and we headed back towards the central square. There was a stall selling food, just the sort of place where a driver might eat. Was that my driver shaking black sauce onto his noodles? The kerosene lamp was none too bright. It was indeed my wonderful driver.

"Mo, I just want to thank you," I said, "for driving so slowly and carefully today. It was a delightful journey. By the way, this child is called Abdul...."

Next morning, as we headed up the steep hills to Lembang, both Abdul and the driver were totally silent.

The children’s village was a collection of mainly low rise buildings, crowded with lively little children in red and white school uniforms. In his smart office I found the director, a middle aged Indonesian who spoke good English. He wore a sober suit, he had a sober manner, and he was most hospitable. I told him the story of Abdul.

"Yes, we can take him," said the director, much to my relief. "We’ll make inquiries about his family."

"I suppose you have to check his story."

"His family have a right to know what’s happening and to be consulted."

"These children are sponsored by people from all over the world. I’ll give you a form to sign. I think it is, in dollars, between one and two hundred for the year."

The director spoke softly to Abdul before handing him over to a female assistant. I handed over the required sum of money and speedily took off back to Bandung, with my wordless car wallah.