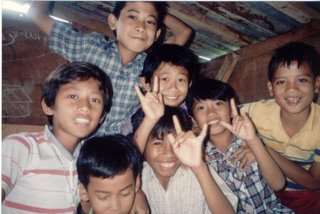 As the school term wore on, it was natural that the students’ stamina and enthusiasm diminished, as did mine. We had done the grammar game, the vocabulary game, the move-round the-class game, the reading game, the map game, the computer game, the quiz game, the murder game and the fifty other such fun activities to help them practise their English. We had moved on to rather more routine exercises which provoked the occasional yawn. School terms were too long. Ever more frequently I looked forward to the retreats to the staff room for cups of coffee and comfort.

There were two staffrooms, one large and one small. I preferred the smaller room, which had space for only half a dozen people, and which seemed to encourage more intimate conversation.

"How’s your least favourite student?" Carmen asked me, as we sat in front of piles of uncorrected work and several half-drunk cups of staff room tea.

"You mean John?" I queried.

"I mean John," said Carmen with a happy giggle. "You know he doesn’t do any work for any of us. And he’s not just disruptive in lessons. He’s disruptive everywhere. He’s fallen out with all his friends."

"She thinks it’s all our fault," said Carmen.

"Not any more," I explained. "She at last came out with the truth. It seems she’s been fighting with her husband and there’s going to be a divorce."

"I suspected as much," said Fergus, looking up briefly from his newspaper. "Now I won’t take the kid’s behaviour so personally.

"I imagine the Indonesians have less of a problem over divorce than the Europeans," I commented.

"Don’t you believe it," said Carmen. "One of the school secretaries was telling me that about half of all the Indonesians she knows have been divorced. Most Indonesian girls seem to get married in their late teens and there’s a high divorce rate among the early married."

"Divorce leads to poverty for some Indonesian women," said Carmen.

"I suppose a lot of the Blok M bar girls are the product of broken homes," said Fergus.

"He seems OK," I said. "One day he can be very cheerful and the next day down in the dumps."

I handed Carmen a photo of Min on one of his good days.

"He looks rather sweet but awfully sad," said Carmen, as she studied the print. "Do you think you’re ever going to find his family?"

"Not a chance," said Ian, a colleague with a pessimistic view of kampung people. "His family could be dead. You know the problem’s going to be when you leave Indonesia for good. He’s going to be left on his own."

"Anything’s possible," I said, not wanting to pursue the point.

I turned to speak to Fergus. "Where are you off to for the Easter holiday?" I asked. It was already March and time to think of escape from the classroom.

"Visiting my parents in the UK," I said. And I knew I would be worrying about Min each day I was away from him. Min wouldn’t understand any explanation I tried to give him.