14 THEY SHOT YOUR FATHER? 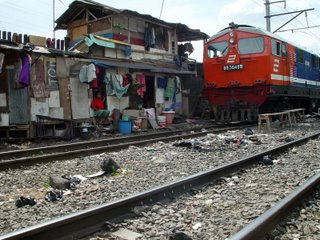 We were now into a new year, 1992, and I had known Min for just over two months. Doctor Bahari’s clinic was proving to be expensive with large bills having to be paid for Min’s keep every ten days. I had begun looking around for alternatives and one of the places I decided to investigate was a Roman Catholic home for street children.

The home, in North Jakarta, was situated in a dilapidated old building that might formerly have been a mixture of house, workshop and warehouse. Having made a Saturday morning appointment to see the director, I arrived slightly early. The place was strangely quiet. A cleaner, a skinny and cheerful teenage girl, seemed to be the only person on site. She led me from the hall into an empty office where I took a seat beneath a large picture of the Madonna. The office had a comfortable appearance, a lot of money having been spent on plush leather chairs, an almost roof-high music centre, and a hardwood desk.

While I waited for the director to arrive, my thoughts were of Indonesia’s Catholics. They made up around three percent of the population but many were stunningly powerful. In the early years of his presidency, Suharto ruled with the help of an army led by General Benny Murdani, a right-wing Roman Catholic. Towards the end of the 1980s, however, there were some changes. Sections of the army seemed to have become more critical of the president and his family. Suharto ‘sidelined’ General Murdani and began to promote some orthodox Moslem groups, perhaps as a way of countering the army and other possible opponents. On the other hand, there were still many generals who were nominally Christian; and most of Suharto’s business partners continued to be Chinese Indonesians, some of whom were of the Christian faith. Suharto’s wife was born a Roman Catholic.

After a twenty minute wait I decided to seek out the cleaner to ask if I could look around. She took me upstairs to see the dormitory.

"This is where the children sleep," she explained, with a smile.

All I could see were broken metal-framed windows, bare grey walls, empty shelves, and six wooden beds with no mattresses or sheets.

"You only have six children?"

"You have lots of rooms in this huge building but only six beds?"

"Jakarta has at least fifty thousand street children. It’s strange you only have six beds and you seem to be the only person here." I tried not to sound cross.

She grinned and said nothing. I returned to the office, waited in vain for another half hour and then left. I reckoned the home would not be a secure environment for Min.

My next stop was the impressive skyscraper building of the Social Welfare Department. After making a few enquiries I located the easygoing, grey-haired lady in charge of provision for handicapped children. She sat in a bright and comfortable office which looked onto to a room crammed full of well-fed civil servants, typewriters and mugs of tea.

The lady gave me a very short list of non-government institutions which might suit Min but I had to explain that I had already tried these and they had proved unsuitable. There was, for example, the home for the multi-handicapped which only admitted children who were both blind and deaf. Then there was the home for the severely physically handicapped who spent their days lying on beds barely able to move.

"Min is apparently mentally backward and homeless. Do you have a place for such children?"

"No," she reluctantly admitted, after a long pause.

"There are some street children in Jakarta," she said in a quiet, serious tone of voice. "Ideally these children should be with their families or extended families. There are some shelters, run privately, but only about 100 children choose to live in these places."

"I can understand that some of the children prefer the freedom of the streets," I said, trying to sound friendly. "They can have fun riding on train roofs and they can avoid school. But what about the street children who are mentally backward and can’t cope?"

"You know," she continued, "there are tens of thousands of mentally ill or mentally backward people wandering the streets in West Java. It is very difficult to help them all."

"So you have no government institution that provides free care for someone like Min?"

"No," she said, trying to look compassionate. "Remember we are a poor Third World country."

"Not so poor," I said. "Most of the cars parked downstairs are Mercedes and big station wagons. And you know, Indonesia has more billionaires than Britain."

She smiled politely, shook hands and showed me to the door.
Posted by Anon at 10:58 PM